Music EVERY Sunday at McNally’s all Summer!

(CLOSED all Mondays until further notice)

Tasting Notes: Guinness is made with water, barley, roasted malt extract, hops and brewer’s yeast. A portion of the barley is roasted to give Guinness its dark color and signature taste.

Call for more details and reservations. 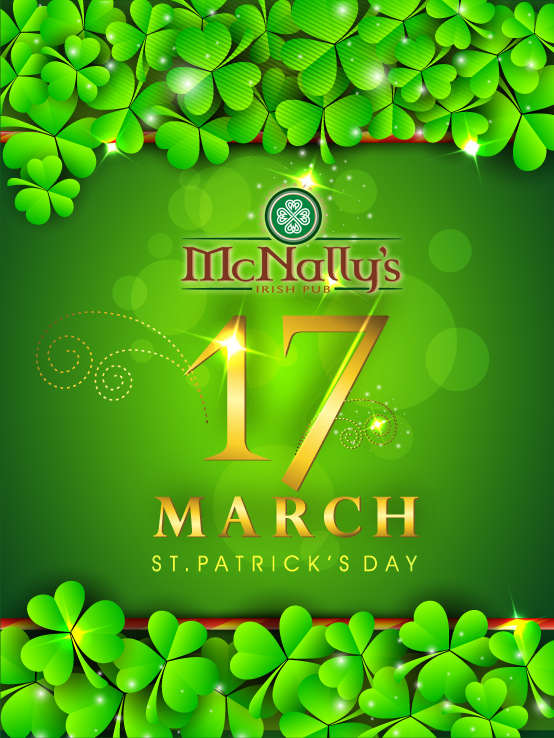 March 17th is one of our biggest celebrations at McNally's! We hope you join us for some Irish drinks, food, and fun. As this holiday draws near, check back for an updated event schedule.